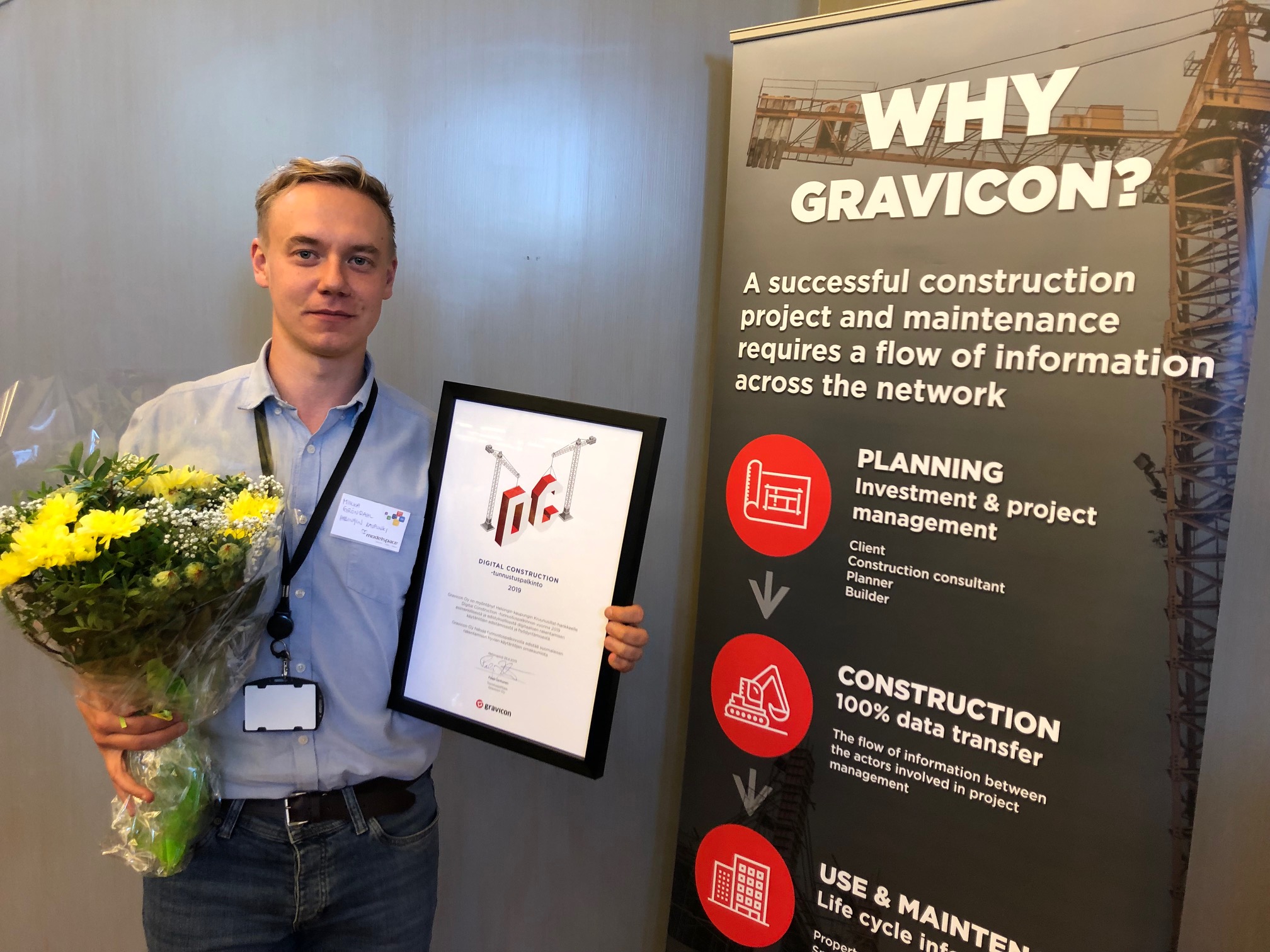 The award was presented in the Digitalization of the Construction Industry event, which was held at the National Museum of Finland.

The Crown Bridges project will connect the Laajasalo, Korkeasaari and Kalasatama areas to the centre of Helsinki by means of a 10 km tramway. In addition, as part of this project, a new scenic seaside walking and bicycling path will also be created.

Miikka Gröndahl, the project manager of the Crown Bridges project recieved the award on behalf of the City of Helsinki.

With Modelspace, we can help to ensure that things are completed on time. In large-scale projects, such as the Crown Bridges project, the facilitation of information management is a relief on a much larger scale.

During the project, they have succesfully adapted the Modelspace Project Management solution as a part of their everyday tasks and demonstrated great motivation towards adapting this digital solution.

The Digitalization of the Construction Industry event gathered over 60 professionals from the construction industry together. As apart of the event, different company representatives from the City of Helsinki, Senate Properties and Granlund Oy presented examples how the digitalization is visible in their organizations and what effects the digital tools have had in their projects. Also the Modelspace Investment Planning solution was presented by Gravicon.

After the offical programme the participants had a chance to participate different workshops where they recognized the current obstacles that the companies may have towards digitalization and how they could be avoided.

Information about the Crown Bridges project