The city of Espoo has noticed a need for standardized procedures and has therefore introduced Modelspace to its organization. With Modelspace Espoo can save time and standardize working materials. 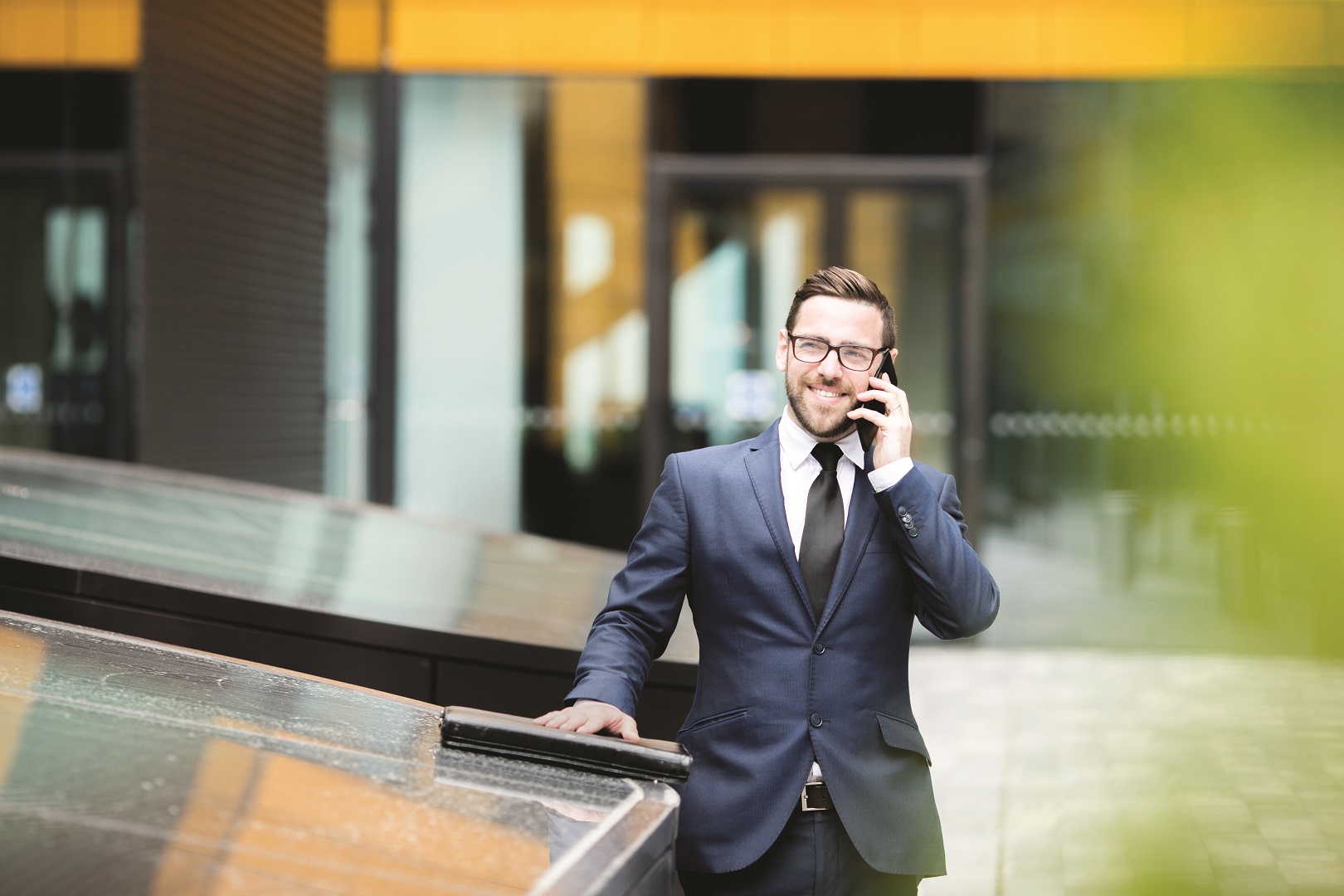 The city of Espoo, the 2nd largest city in Finland, repeatable builds numerous instances of well-established repetitive constructions. From Espoo’s point of view, there was an opportunity to streamline construction projects by applying a consistent approach to the repeated construction. The traditional process was an inefficient way to work, and it did not ensure that the desired level of quality was consistently met. As a basis for the construction activities, a common course of action had to be developed and a system needed to be implemented that would support the set objectives – quicker project startup, more transparent reporting and consistency of information throughout projects. The city of Espoo realized there was a need to develop their project knowledge management.

Espoo uses Modelspace to ensure that each project proposal has sufficient and relevant information. There is a project template for a variety of well-established project types (kindergartens, schools, child health clinic, etc.), which is used as a basis for new projects. This nomenclature is further developed during each project. A lot of work was done in the initial stage to define project templates, and since then, this groundwork has been paying off.

Modelspace is a tool that enhances the competitive bidding process, improves quality, and significantly saves time when working with reparative project types. Working with a wide range of consultants has become easier because everyone operates in the same environment.

Public, residential, commercial, and industrial construction sectors have a lot of projects where the built space is similar, and the users of the space are similar. By standardizing the design premises, launching of projects can be sped up, the flow of information can be improved, and learning from new projects is enabled. This helps in development of baseline data and project templates for future projects.

In 2008, Espoo decided to start working together with Gravicon to develop all its projects by using Modelspace, whose space management module enables the systematic collection of the projects’ baseline information, reporting and editing. Successful co-operation has continued ever since.

Espoo is Finland’s second biggest city and it forms the Helsinki Metropolitan Area together with cities Helsinki, Vantaa and Kauniainen. Espoo manages 1 .1 million m2 of real estate assets and is a significant builder. In 201 4, its construction investments amounted to € 79m. The Espoo vision is that public offices are constructed in accordance with the building users' needs and it is important that the spaces are functional, healthy, and comfortable. The facilities should also meet the required operational and the technical quality standards, as well as being economic and efficient when it comes to investment and operations.

Espoo – Facility Services In a Nutshell

Espoo is a major builder that develops a wide range of facilities for the local residents and businesses. Traditionally, construction projects have been seen as unique and they’ve included many case-by-case procedures. From Espoo’s point of view, this was an inefficient way to work, and it didn’t ensure that the desired level of quality was met.

At the beginning of each project, days and days were spent collecting baseline information. Espoo found that each project had its typical requirements that were repeated in other similar projects. For them to succeed, Espoo needed a new solution for many of its repetitive projects, such as schools, kindergartens, and senior housing “Live and Dwell” centers. The city needed a solution that would ensure the flow of information between the parties. In addition, each project would have to meet the functional structure requirements set by Espoo for the facilities. In different projects the city of Espoo works with many different consultants. Often, the material produced by consultants greatly differs from one project to another, making it difficult to compare the bids and build the complete big picture.

Espoo also wanted to hear the customer's voices. Users’ wishes were to be recorded before the project could begin. At the beginning of each project, Espoo spent considerable amount of time collecting and combining the data to and for each party.

Feedback during the project as well as after completion needed to be collected to facilitate learning. The project experience is important information that can be used to evaluate the success of the project. It was clear that the traditional Excel- based solutions did not allow for the desired operating model . In addition, Espoo looked-for a partner that they could consult on steering development processes and in utilizing building information models.

Espoo began to systematically work to define typical requirements for different construction projects and their space requirements. For example, a kindergarten’s typical facilities such as classrooms and care space and their properties have been already defined. The project templates built in Modelspace enable the launch of the project more easily than before. The launch of a project can be accelerated considerably with the help of Modelspace because the baseline information is in one place and it is easily accessible. This data is easily populated for every new project.

Espoo began to define the facility requirements with schools and kindergartens, then used the same approach to multipurpose buildings, "Live and Dwell " Centers, as well as municipal social and health care uni ts such as dental and pediatric health clinic facilities.

”The amount of data would not have been manageable using traditional Excel based tools.”

Keeping the project information up to date with Excel based tools would have been almost impossible. Espoo’s course of action is an excellent example of improving the efficiency of construction by utilizing the standardization of facilities, and by combining it in each project with a variety of users' needs and requirements. This provides a great outcome for the effort.

Modern cloud service enables sharing of information between each user. User rights ensure that participants in each project see only the information that belongs to them. This is important for a builder such as Espoo who works with several different companies on several simultaneous projects. Managing access and data must be simple.

”The wheel does not need to be reinvented for each new project.”

Nowadays Espoo uses Modelspace as a well established part of their workflow. Modelspace is used to create a project proposal for each new project, which can also be used as an attachment for bids as well as for planning guidelines. Using a standardized approach guarantees that the wheel does not need to be reinvented for each new project and that the best practices are utilized from the get go. The consultants that Espoo uses create information in the standardized environment, which saves time, as the data does not have to be pieced together separately.

Feedback can be collected and used to develop the project templates, as well as to create new templates for future projects. This continuous learning enhances Espoo’s operations and sup ports greater efficiency of construction and improvement of quality.

”I considerModelspace a certainty in our projects”

In its projects, Espoo collects information directly from the future users of the facilities. This ensures that the final result best corresponds with the requirements and needs, and the premises can be quickly launched for use. This improves customer satisfaction, because the requirements do not get lost in the process or in someone’s desk drawer but they are actively being utilized in the project. Modelspace is a solution for showing the client what’s being built.

Espoo has created an approach that’s suitable for both municipal, as well as larger professional builders. Espoo shares the results of its work in “open source” spirit and has invited other municipal facility centers to cooperate.

The approach developed by Espoo fits many professional builders who are responsible for the quality and success of construction projects. The reproducibility occurs at the project level, and especially in the implementation of various projects. Public, residential, commercial, and industrial construction projects include similar facilities for similar users. By approaching these projects in a methodical fashion throughout implementation, enhances planning, building,and maintenance processes.

The growing usage of BIM in design requires better tools for information management during the actual construction and also during the operations phase. Modelspace enables users to access the information in, for example room cards, through different user interfaces each best suited for specific need.

Gravicon works as an information modelling expert in Finland’s most notable projects. Our consulting services cover the planning of information model processes and comprehensive training on the topic. Modelspace is a software solution developed by Gravicon for the management of construction projects.