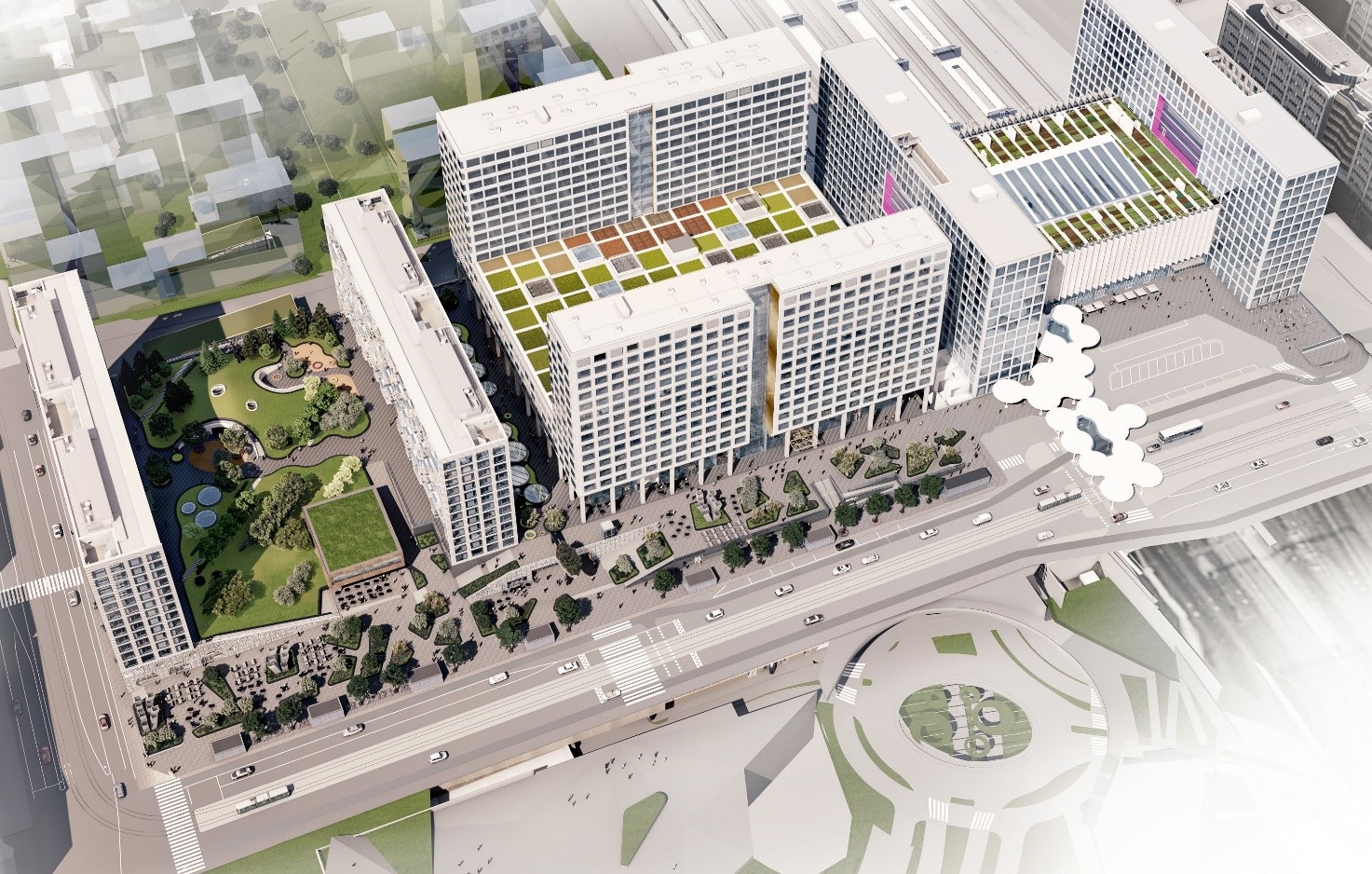 Mall of Tripla was an exceptionally large-scale construction project in which the utilization of building information modelling (BIM) played a significant role. Our role in the project was to act as an BIM Manager. Guiding, instructing and monitoring the implementation of the tools and procedures that were utilized during the project.

We made sure that the information created during the process was stored in to data models, so it could be used by every individual. Other responsibilities involved data model coordination across all design areas. What ensured the success from our behalf, is the long experience in data model-based design, extensive software expertise, and in-depth knowledge of the possibilities of the data model-based design processes.

Multiple years of BIM experience in use

Mikko Soininvaara, one of the BIM Managers who worked for the project, says that the modeling has already been divided into four different blocks due to the scope of the project. As the work progressed, the blocks had to be further divided into smaller parts.

- In total, eleven different combination models were maintained at different stages of the project. There were more than 350 different IFC files in total, Soininvaara says.

The magnitude of the project is well illustrated by the fact that in the combined models of the shopping center and parking garage alone, as about 15,000 tasks were created during the projects for these two areas alone.

Overall, the project utilized data models in a great many ways. Soininvaara mentions new interesting applications such as space-specific IFC files, which were cut from larger models with Simplebim software and offered to commercial apartment tenants as a starting point for store planning. Simplebim was also used regularly when a narrow or low slice of a neighboring block was needed to coordinate the interface of the design blocks. In difficult-to-install building services, 4D scheduling was also utilized using a data model.

Visibility of the work input‍

Triplan's Pasila station won the Audience Favorite award in the Tekla BIM Awards 2017 competition. In the 2019 Tekla BIM Awards, Tripla was awarded as the winner. The jury's reasoning highlighted the fact that the project had utilized information modeling in a pioneering way, with close cooperation and demonstrating a open-minded attitude. Also according to the competition jury, it would be difficult to see that the project could have been carried out without data modeling.

According to the competition jury, it would be difficult to see that the project could have been carried out without building information modelling.