Modelspace has been a part of the Psychiatric house project for Kuopio University hospital from the start. Read how functional planner Menna Kärnä learned to use Modelspace in the beginning of the project and saved months worth of her time. 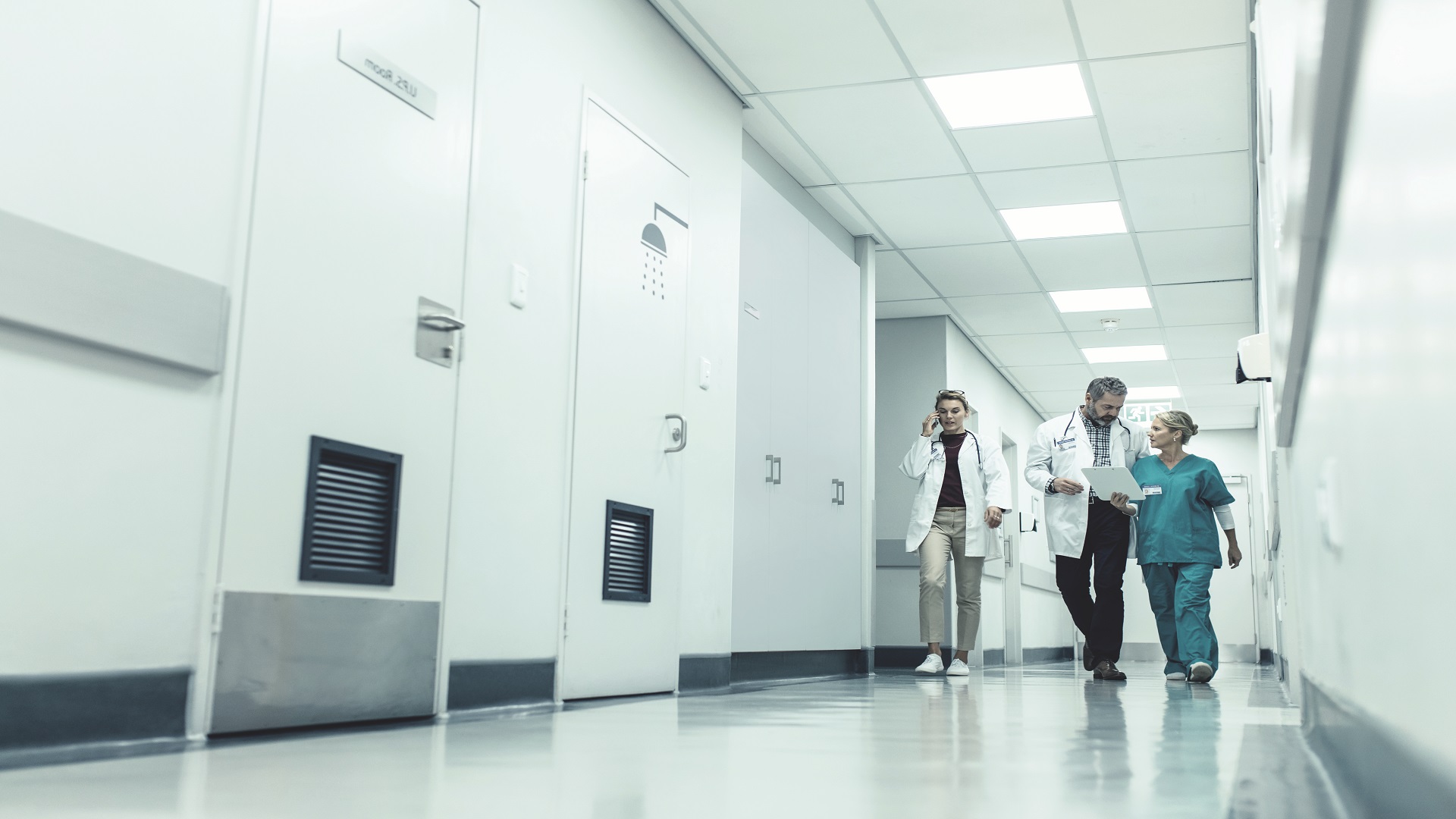 The project planning of the new Psychiatric House for Kuopio University Hospital (KUH) begun during the spring of 2018. The project was started on a short notice and Modelspace-software has been a crucial part of managing the space requirements. The time saved compared to typical planning process was a month and savings accumulate even further when project goes on. The data from all the different phases of the project is stored on one platform and can be found or copied by everyone involved – thus new projects can utilize the already acquired knowledge and data.

The starting point of the entire project was as interesting as it was challenging: The earlier hospital buildings suffered from indoor air problems, so the new hospital was to be built to the already existing area. The schedule was strict. Menna Kärnä, who has long and broad experience as the expert on the matter, was chosen for the position of the operational planner and to serve as the figurehead to the project. Kärnä transferred to the Northern Savonia Hospital District in the June of 2018 from Joensuu, where she had worked in a similar project. From that she already had steady expertise from the field.

- Basically, I started the work in the beginning of June without any Modelspace-skills and learned to use the software. In a couple of weeks we finished the plans, which were planned to take two months. After finishing the room program, I sent a message to the architects, letting them know they could begin their work. In this way, their workload was not in autumn, and instead the workers were able to begin their work straight after their summer holidays. I also was able to take time off, tells Menna Kärnä.

The time saved compared to typical planning process was a month

Psychiatric House for Kuopio University Hospital (KUH) in a Nutshell

One of Finland's five university hospitals, KUH is responsible for demanding specialized medical care in the Northern Savonia Hospital District

KUH is the second largest employer in Kuopio

The introduction of Modelspace in the project

The needs of the client were taken into account in the introduction of the Modelspace-software. Anna-Riitta Kallinen worked as an expert in Modelspace. Her already extensive knowledge of hospitals projects helped in the introduction. Menna Kärnä says that both the easy interface of Modelspace and the mutual communication between her and Anna-Riitta Kallinen supported her learning a great deal. In entirety, Kärnä confesses getting a great relief from the fact, that nothing has to be created from scratch or to be searched from scattered Excel-files.

- I t would be enormous work to start a project from a clean slate. What spaces, how many, what size… The responsibility is heavy, and it would be difficult to remember what has been agreed between different parties. In Modelspace, everything can be copied and forwarded, and the workflow is based on tasks. I t also helps visualize the different layers of the room program, based on the hierarchy of the layers, Menna Kärnä lists.

"Nothing has to be created from scratch or to be searched from scattered Excel-files"
Menna Kärnä, operational planner, project KUH

In the beginning of the project Anna-Riitta Kallinen set up an hierarchy for the room program, that made it easier to bring data models to the software and make reports out of them. Menna Kärnä used need-based planning and functional design, when worked on the room program. For example, the rooms for outpatient care and patient wards were separated into different compartments and units.

"In Modelspace, everything can be copied and forwarded"
Menna Kärnä, operational planner, project KUH

Pekka Turunen, The Estate Manager of Northern Savonia Hospital District, speaks of the perks of using Modelspace from the perspective of broader estate management:

- We are using Modelspace in many projects and it has become a part of our efficient way of handling space requirements. We also have a network of co-operatives, in which we produce standardized information for our regions healthcare facilities. We exchange experiences and space requirements in database forms between our co-projects. Cooperating with us are healthcare campus projects from Iisalmi and Varkaus, regional hospital of Joensuu and health centers of Hollola and Lahti. By collaborating every project has achieved efficiency in handling space requirements.

Customer feedback of Modelspace has been positive. By using the software managing space requirements have beome more efficient.

- We were seeking to save time, and Modelspace delivered just that. And I don’t have to follow up, do the numbers in Excels line up. I’d say that it is a top-notch software, Menna Kärnä states.

"We are using Modelspace in many projects and it has become a part of our efficient way of handling space requirements."
- Pekka Turunen, The Estate Manager of Northern Savonia Hospital District

Gravicon works as an information modelling expert in Finland’s most notable projects. Our consulting services cover the planning of information model processes and comprehensive training on the topic. Modelspace is a software solution developed by Gravicon for the management of construction projects.